Have you ever wondered abouAlter ego (Latin for “other self”, “doppelgänger”) means an alternative self, which is believed to be it differs from the normal or the real, original, own of a person. The creation of his alter ego seeks to find his other self, the one with a different personality. Different meaning of alter ego is found in literary analysis used when referring to fictional literature and other narrative forms, describing a key character in the story they are about considered to be a deliberate representative of the author (or creator) of the work, with oblique similarities, in sense of psychology, behavior, speech or thoughts, often used to convey author’s thoughts.” – says Wikipedia on the question of alter ego.

This definition facilitates our attempt to know the author. He claims that
the story of the exhibition is an aspiration of his sincere thoughts in a concrete situation. Hidden desires for alienation from society, loud dissatisfaction with solitude in the crowd, quiet news of the mass of people, but still with enthusiasm for the little things in the pursuit of happiness, that are motives in the narrative of the drawings. The events and characteristics of the main character are mostly daily inspirations or current thoughts of the author.

The alter ego of the author has a closed character. He is a hyperactive agoraphobic, who everyday spends it in his home, with his best friend, his hat. His fear of The street is a challenge for him in searching for and creating other forms of entertainment. The smallest details are his
happiness, the biggest events of history are games to him, the most heard news are dumb, the most disgusting innovation is his longing. He wants to help, but he won’t leave the house. In his big, but small, world, he will not cease to enjoy his folly until the day courage drags him into the outside world. Deep down, he knows that facing fear is growth.

With this series of drawings, the author reveals his introverted side with an exhibition dedicated to her, presents her to you, to the audience. With more than 60 drawings, made in more techniques on recycled paper, a story will be told. A story that doesn’t exist end, there will be no end. The end will come in facing the fear, but it is the beginning of a new one a story that has no end, will have no end… 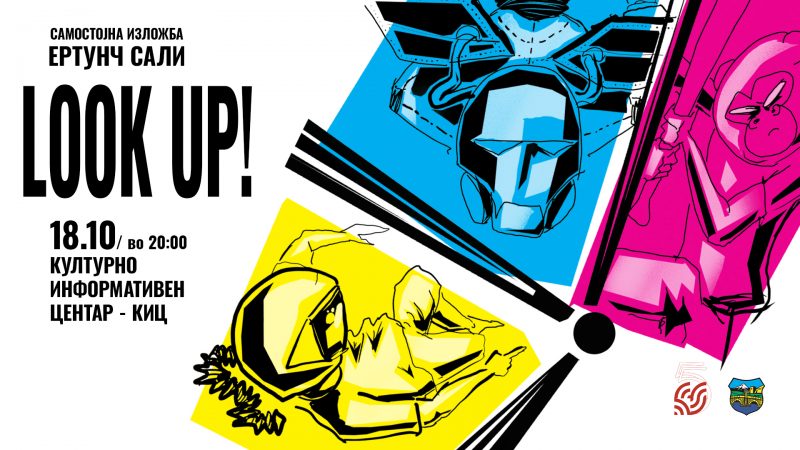 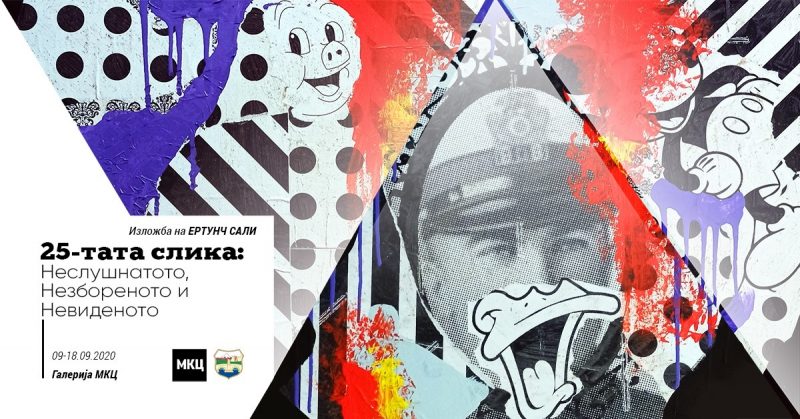